Part one: the immediate aftermath (posted on Twitter Friday night) 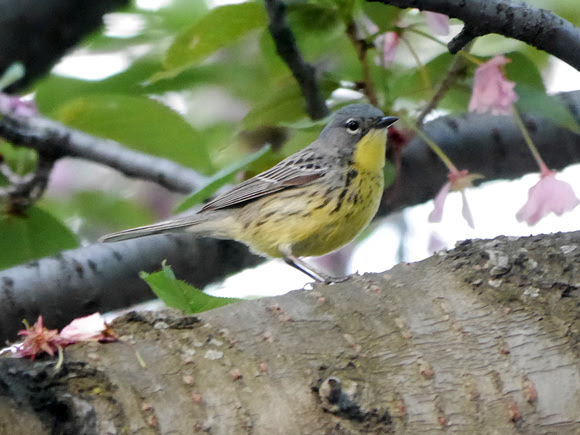 the Kirtland's Warbler of legend

Six hours later, I'm still wired from seeing the Kirtland's Warbler that showed up in Central Park this afternoon.

Never in my life expected this bird to show up in New York City. Incredible.

Kevin Topping found the bird just after 5pm and tweeted the location. I got there at 6:25, and there were 80+ people already there watching it. 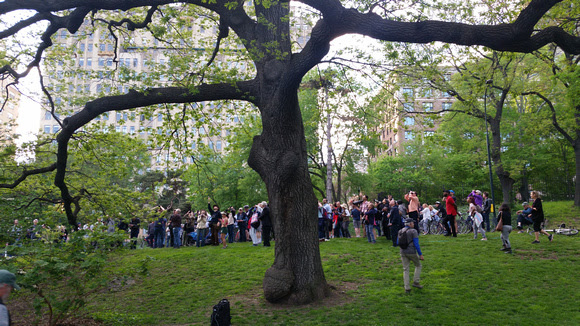 The warbler was in an oak between the West Drive and the bridal path, and cyclists and runners stopped and asked what the heck we were looking at, so we told them about Kirtland's, the migration, the whole saga of the conservation of this extremely endangered little bird...

It was great. One of my best birding experiences. Thanks, Kevin. Thanks, bird. 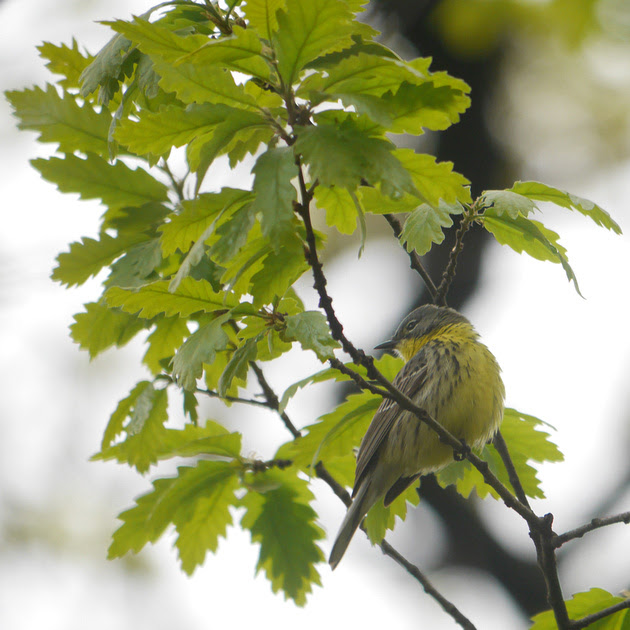 Part two: what makes this bird so great 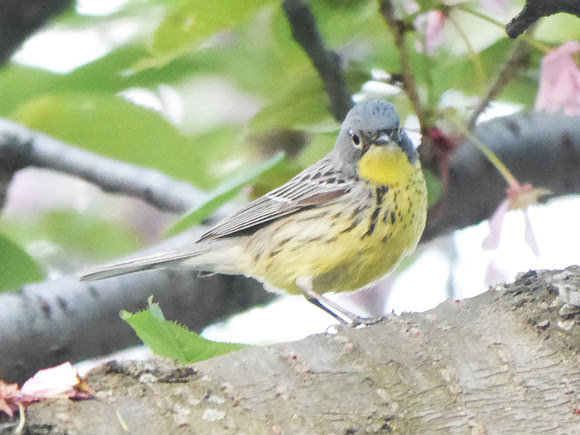 what, it's not obvious?


So why was I--and all these people--so excited about this little bird? I mean, it's a nice enough looking bird, but there are a number of prettier warblers.

Well, to start with, Kirtland's Warbler is probably the rarest songbird in North America. There's only three thousand or so. The saga of their conservation is pretty amazing.

And, none have ever been seen in New York City before (I think this is the third record in the whole state). They breed in Michigan, and a few spots in Wisconsin, and they winter one some of the more isolated of the Bahamas and the Turks and Caicos islands. Third migration route seems pretty direct, so it goes nowhere near here, and they're rarely spotted in migration anyway. 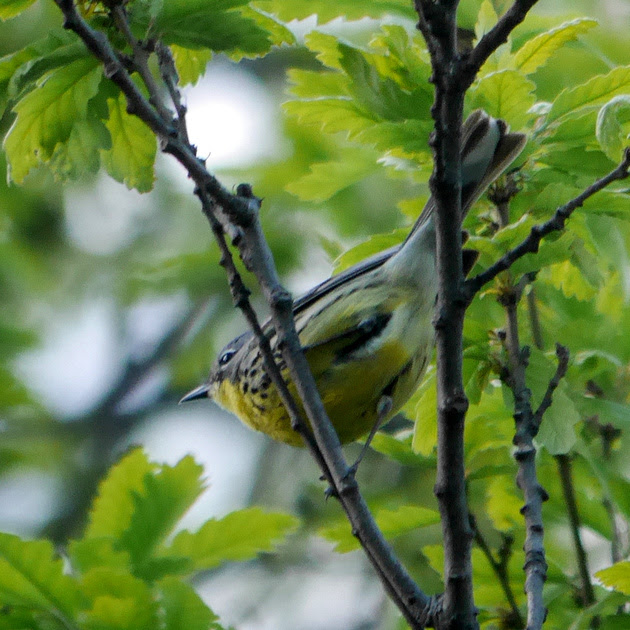 All the places they live are isolated, and protected for conservation, so it takes some serious planning to see them even when they're where they're supposed to be. For 98% of the people out there, this was not just a life bird but a once-in-a-lifetime bird. 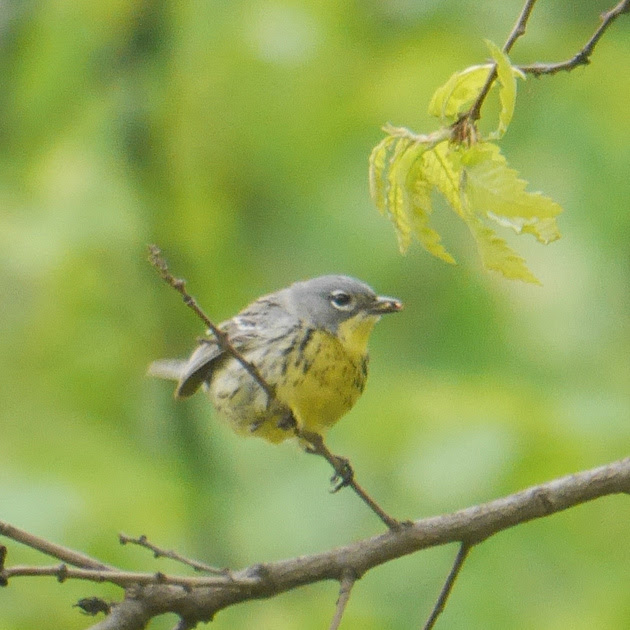 with a tasty snack gleaned from the leaf above

The warbler was still there on Saturday, so Elena and I went to see it. Our field Elissa joined us...and the hundred or more birders, photographers, journalists, and curious passers-by at the site (west of the Reservoir, about 91st Street).

He was a very cooperative bird. I noticed he was doing a lot more hover-gleaning (that's when a bird jumps up and flutters in place to grab bugs off the underside of a leaf above it) than it had done on Friday, and I was able to get one decent action shot. 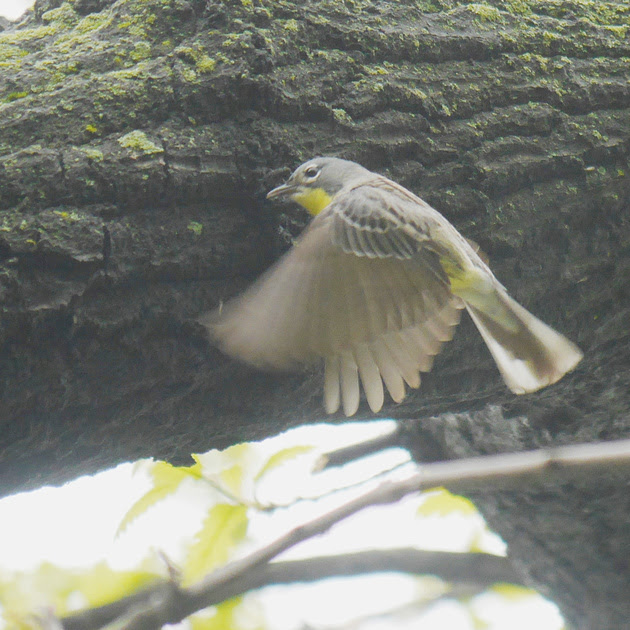 I say "he", because he sang a bit in the early morning. He was still there Sunday morning, but wasn't seen after the rain stopped. He was likely still somewhere in the area and still might be re-found. And if not--

Often I feel a little sad about seeing a rare vagrant bird, because it's normally unlikely it will ever find its way back to it's normal range again. But the Kirtland's is on the right side of the right continent, and should have no problem finding a habitat with suitable food this summer. So I think that it has good chance to get back to the Bahamas in the winter, and maybe it will have better luck getting to the breeding grounds next year. 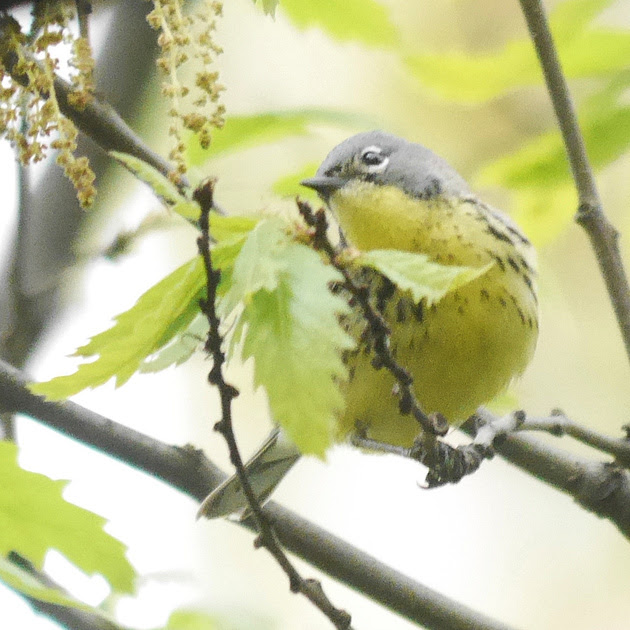