Stepping into Spring with a spring in your step, or something like that 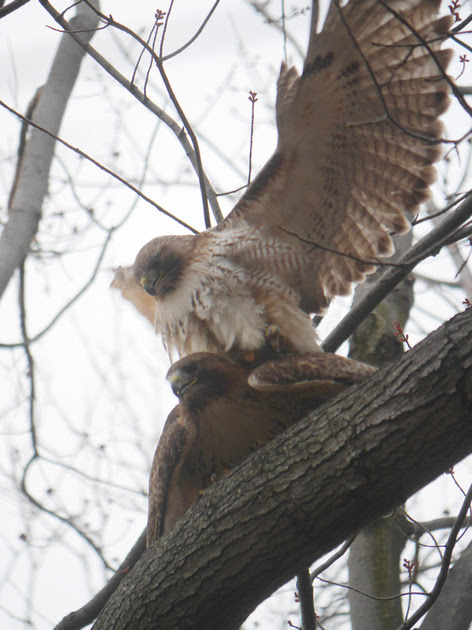 in spring a young hawk's fancy...
Spring is here! And resident birds are at various stages of family life. Some of the lcal Red-Tailed Hawks were already sitting on eggs by the beginning of April. Others, like the pair above that I ran across one morning in the Ramble, were just getting started on the process. 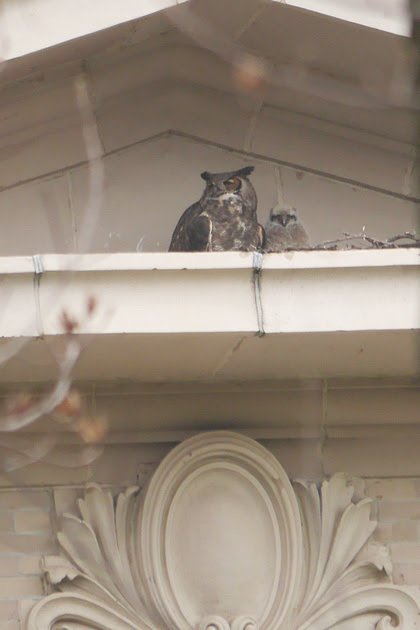 Great Horned Owls, not big on nest concealment this year
Some birds were even farther along. The Great Horned Owls at the NY Botanical Garden in the Bronx nested in a very prominent place this year and had nestlings by mid-March, who should be about ready to fledge by now 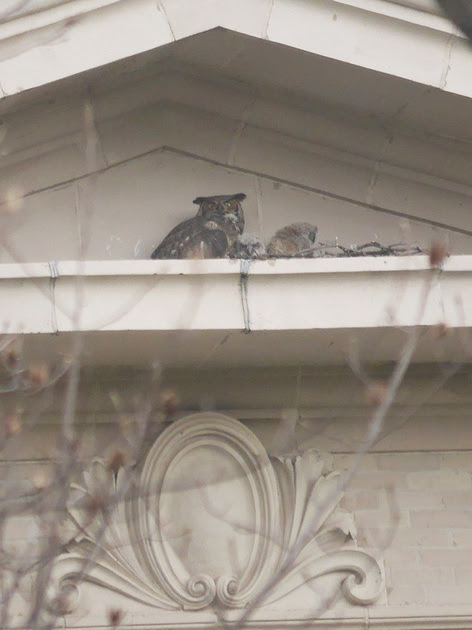 not just one but two adorable slaughterfloofs!
Once the slaughterfloofs are ready to leave the nest, they will flutter down into nearby trees. The parents will feed them there until they can actually fly. The Botanical Garden folks are prepares to rope off the whole area while that's going on. 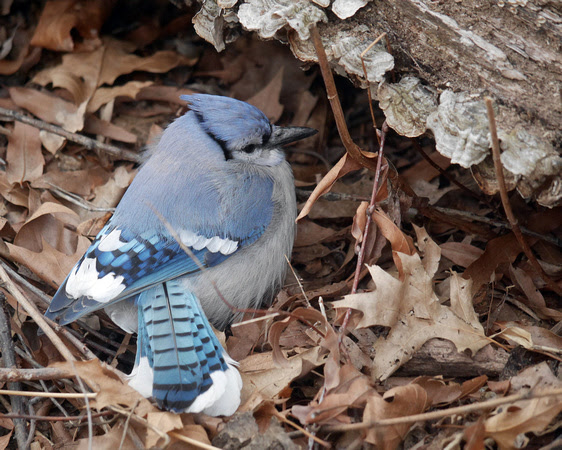 Jay chillin'
Other residents, like this Blue Jay, will be breeding a bit later in the Spring and are just chilling for now. I've only just started seeing Robins building nests this week, though they've been singing for a month or more. 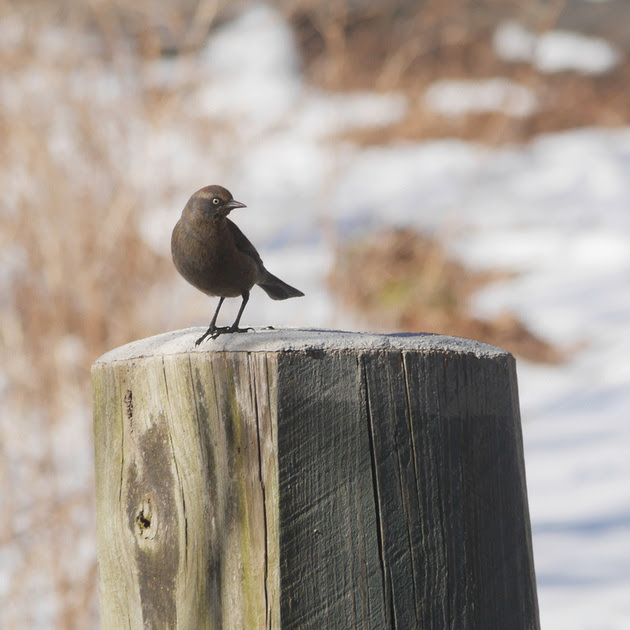 "Rusty Blackbird" always sounds to me like a baseball player's name from the 1930s
Many birds who spent the winter in the NYC area will be moving north to nest. Rusty Blackbirds were at Van Cortlandt Park in the Bronx all winter as usual, and are now headingfor their mysterious breeding grounds in somewhere in the boreal forests. 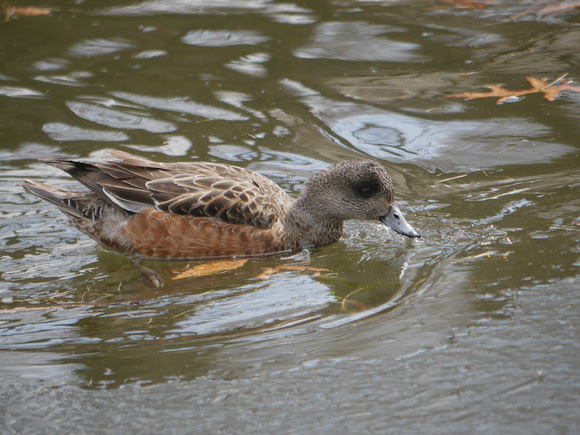 American Wigeon, swim away from me
Our wintering ducks will also be nesting somewhere in the north. THis female American Wigeon spent a good deal of the later winter at Harlem Meer. 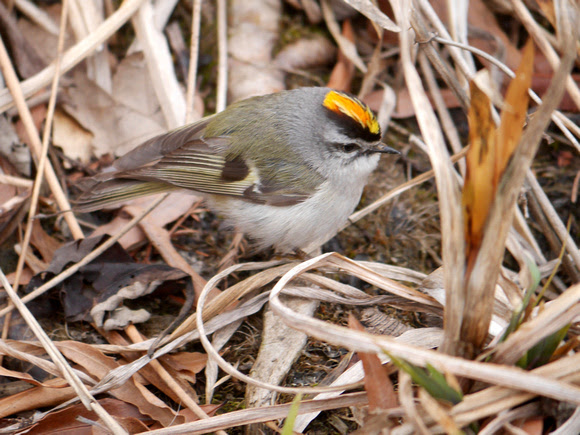 male Golden-Crowned Kinglets have the orangey racing stripe on their head
Meanwhile the first spring migrants have started moving through the area. Both kinds of Kinglets have been around, along with Chipping Sparrows. Fox sparrows have basically all left already, and the bulk of Song Sparrows have passed through, though some will stay and nest here. 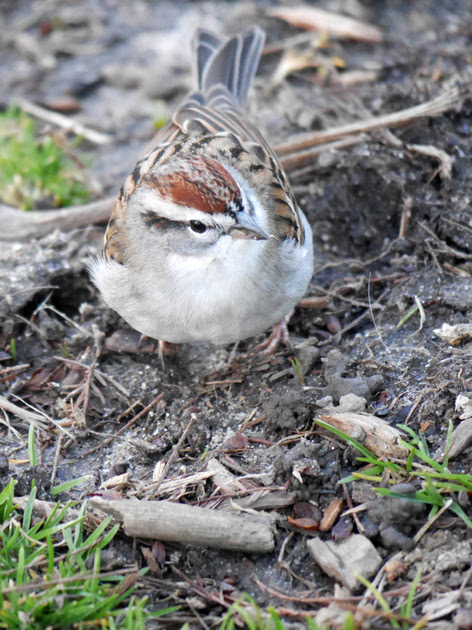 very confiding Chipping Sparrow behind the Metropolitan Museum of Art
Phoebes came in in a big rush around the end of March and have also mostly left by now. Still waiting to see the first Pewees and Empidonax flycatchers. 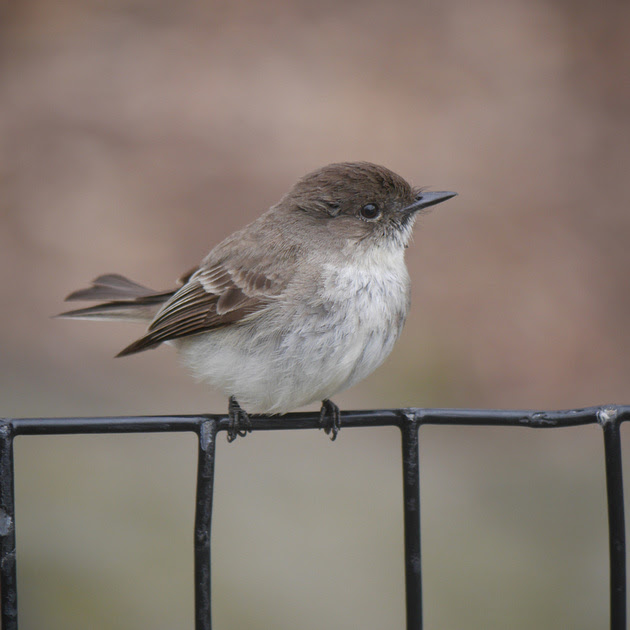 Phoebe, here today gone tomorrow
The first warblers have arrived--Pine, Palm, Yellow-Rumped, and now Black-and-White--but I don't have good photos yet. Also there have been several reports of Yellow-Throated Warblers, which is unusual.