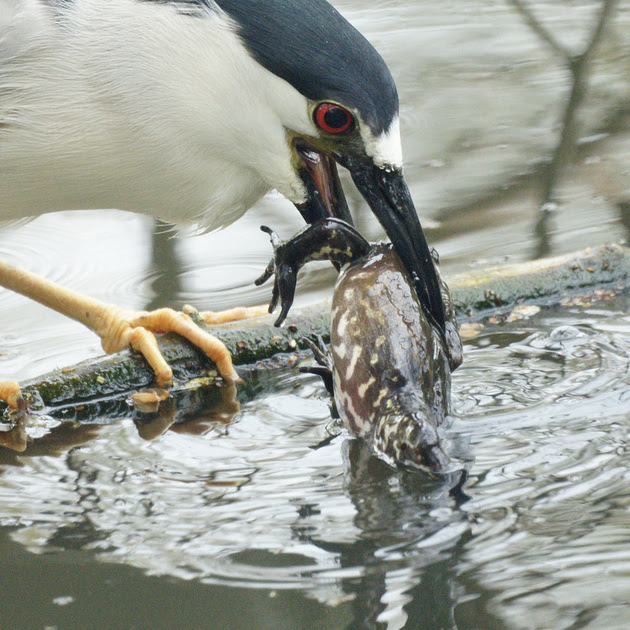 Here's some photos I unearthed from the archives. These were taken five years ago, on a walk through the Ramble in Central Park. Walking along the water's edge on the Point, I encountered a Black-Crowned Night Heron. 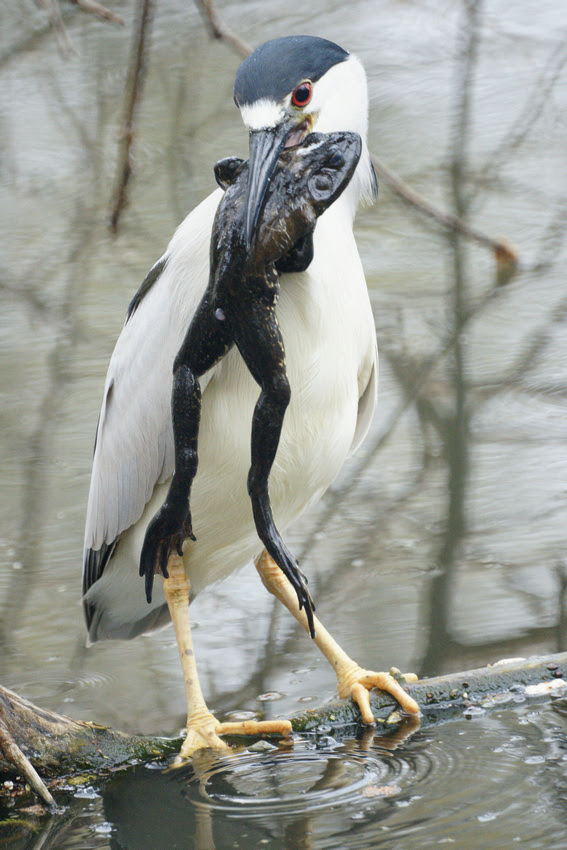 Frankly, I almost walked right into him, but he was a little too busy to worry about me. 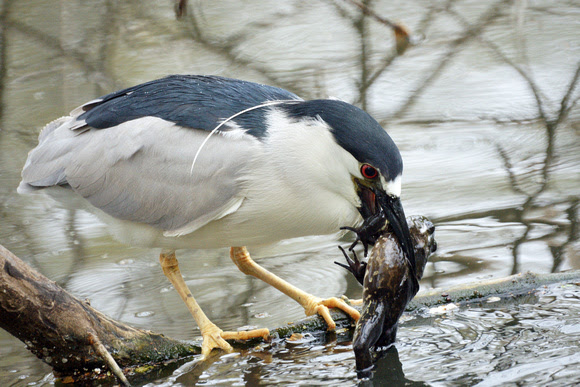 The heron struggled with that frog for quite a while. He kept bashing it on logs and tree roots. Once in a while he'd half-release it in the water, I guess to see if it was still struggling. As far as I could see, it wasn't--I think it might have been dead already. 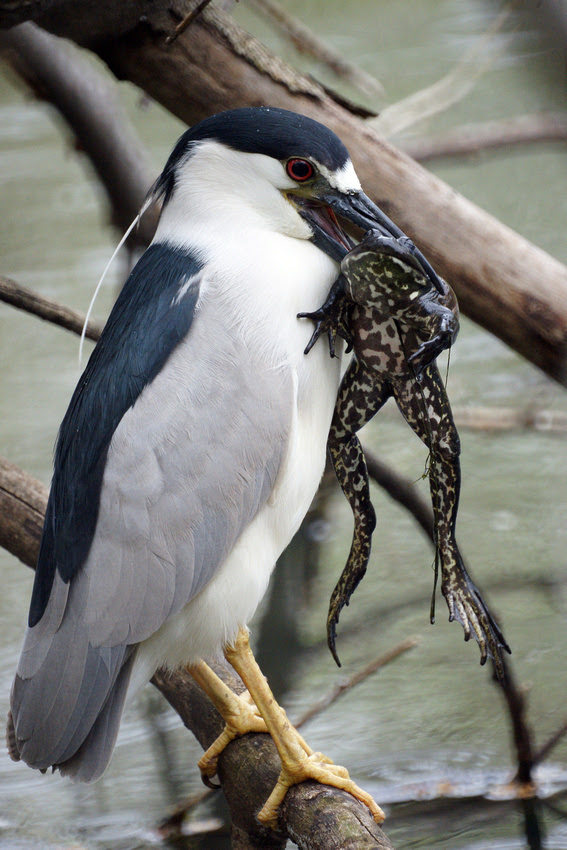 I believe he was mostly having trouble figuring out how to swallow it. That was one of the largest frogs I've ever seen in Central Park.

Eventually I had to leave to go to work. The heron still had his own work to finish when I left.