It's a hard life being a bird 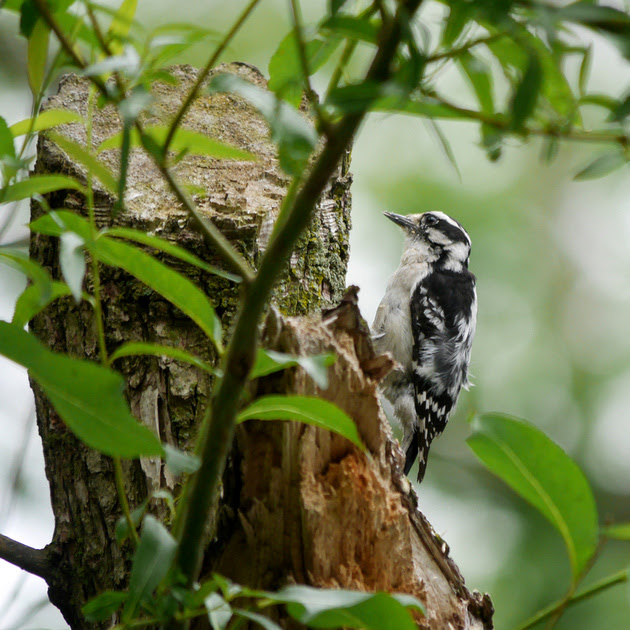 It's nesting season, and woodpeckers are among the busy birds in Central Park. The the end of May I spotted the female Downy Woodpecker excavating a willow tree at the east end of Turtle Pond. 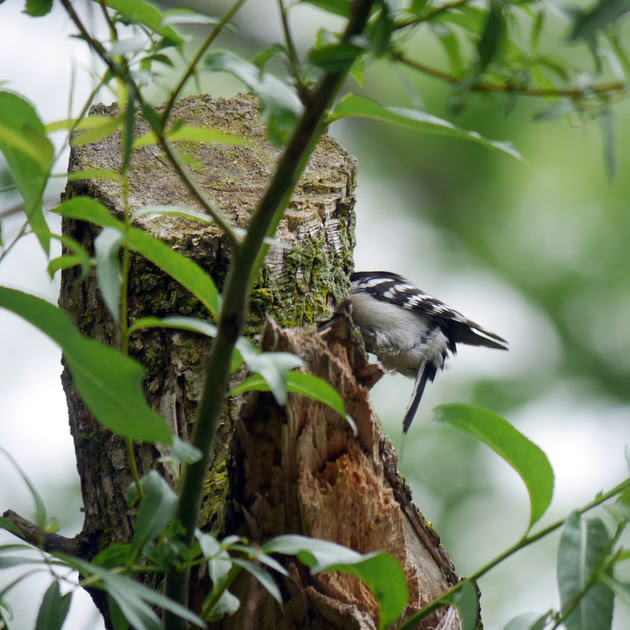 Downys nested there a couple of years back, too. I think the tree is pretty rotten at this point, so the wood is soft enough for a little beak like a Downy's to dig in. The limb she was working on extended over the water, and I watched sawdust float down to the surface of the pond as she worked. 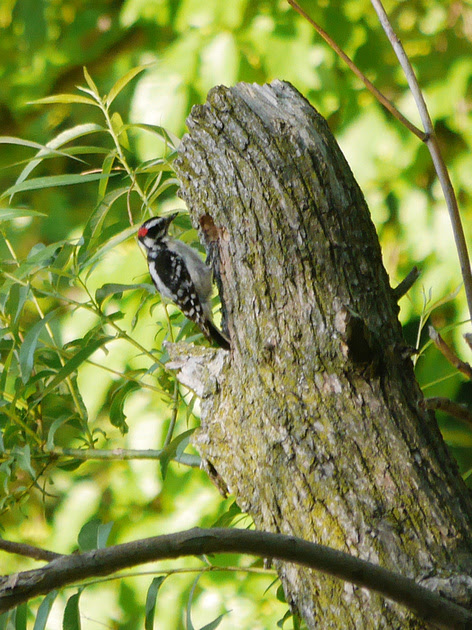 The male took part in the digging, too. I don't remember that from last time. The hole got quickly deeper over the next few days, with more and more of the bird disappearing into it as it worked 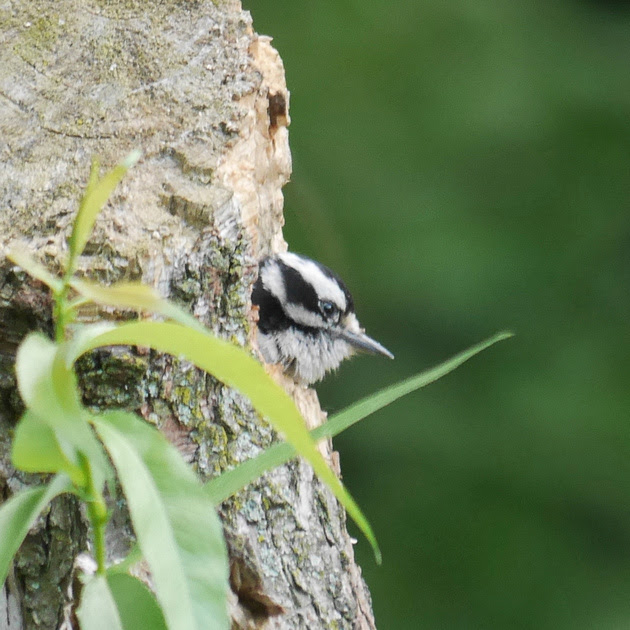 Finally I saw the female disappear into the nest hole, and then poke her head out. That was about the fourth of June. I figured she must have laid eggs then, and they'd probably hatch about mid-month.

A week later, I noticed that the area of the hole looked different, as if more excavation had been done. And I didn't see the birds, though I could hear the whinnying call of a Downy occasionally on the south side of the pond. Maybe they were mostly keeping in the nest, on the eggs.

Unfortunately, no. The next day I saw a gang of about five juvenile Starlings poking around the hole. They or their elders must have raided the nest. Starlings are also cavity-nesters, and they're tough birds that are hard to compete with. 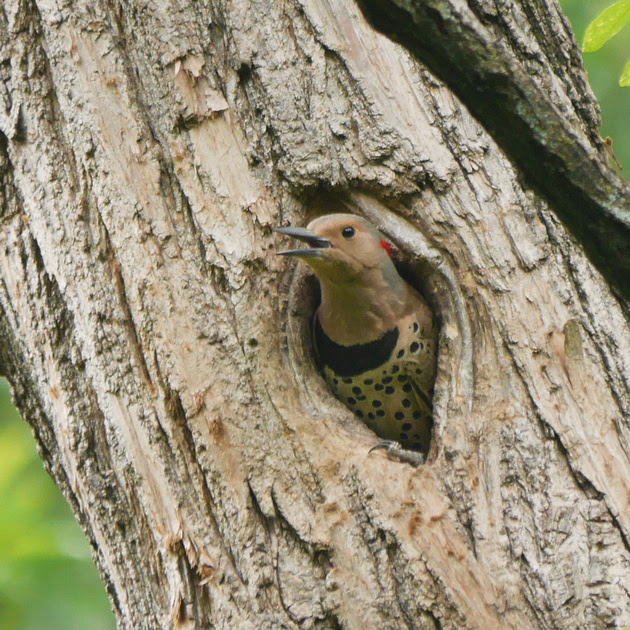 In the Ramble, there was a pair of Northern Flickers nesting near the bend in the Gill. When I saw them, the female was in the nest hole, and the male was calling from somewhere nearby. I was told that she had been coming out frequently and they'd been seen mating, but now she was staying in the hole. Possibly she was on eggs already.

Alas, once again, a couple of days later Starlings were seen in the nest hole, having evicted the Flickers.

Meanwhile, uptown, the nest of Red-Tailed Hawks at Grant's Tomb ran into some problems. Around the time the young were fledging, the male hawk apparently flew into a window hard enough to break it, and has not been seen since. Then the mother hawk lost an argument with a car and was taken to a rehabber where it was discovered to have some problems from ingesting rat poison. That left three fledglings with nobody to feed them, but mobile enough to be hard to catch; eventually they were caught and brought to rehab centers.

I hear the female has actually been released now, but not the fledglings yet--a single parent would have some trouble feeding three fledglings who can't hunt yet. The young birds are losing important time in learning to hunt.

It's a hard life, being a bird.