thus is the cycle of nature renewed
A couple of weeks back, I walked around the Great Lawn in Central Park, looking for an Eastern Meadowlark that had been reported there earlier.

We didn't find it. Near the end of the circuit, behind the baseball backstops on the east side of the lawn, we watched a little mixed flock. House Sparrows, Mourning Doves, a couple of Robins and Juncos, and one little bird we eventually pegged as a Yellow-Rumped (Myrtle) Warbler.

Then suddenly all the birds took off at once. They were only a couple of feet off the ground when a blur came from the left... 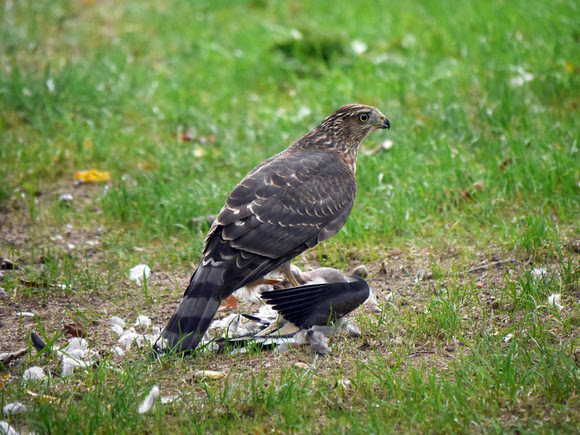 just landed
...and suddenly a juvenile Sharp-Shinned Hawk materialized standing on top of a Mourning Dove. The hawk stayed there a while, sometimes shielding the pref with a wing. 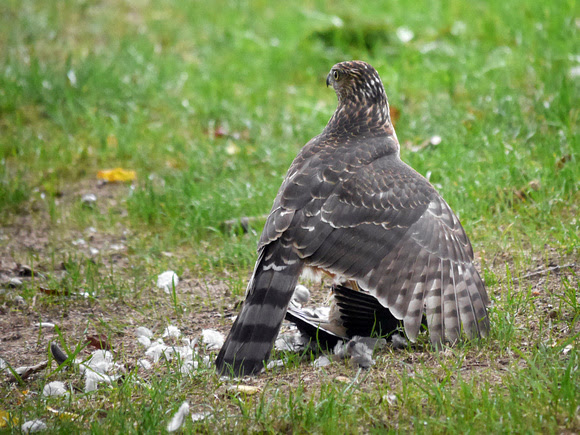 on guard
That's a cloud of feathers on the ground behind the hawk. It didn't pluck those--they were knocked off the dove by the force of the impact.

After a few minutes, the hawk took off with the dove in its talons--I didn't catch the flight in a photo, but it was quite something since the prey was nearly as big as the predator--and landed in an oak nearby. 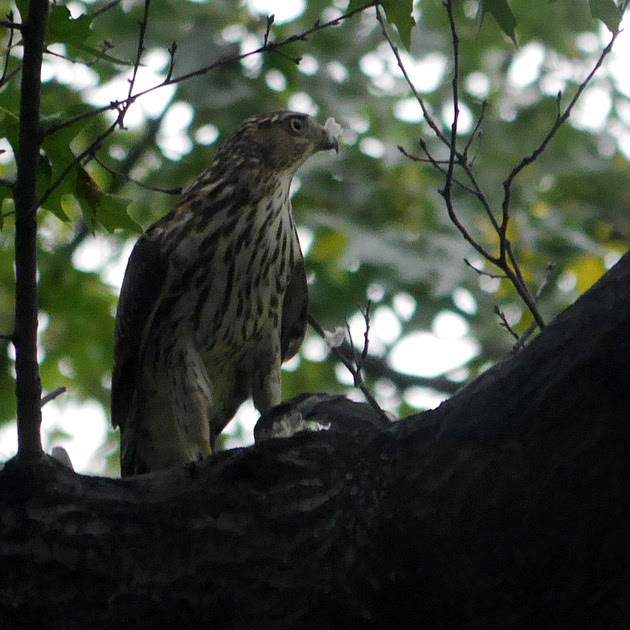 dinner!
There, the hawk calmly plucked feathers from the dove and began its meal. Blue Jays screamed all around, but they kept a good distance.

This is the second time I've been present when a raptor took a bird while I was watching. The first time, was a Kestrel, and I can't say I actually saw it happen. I was watching a mixed flock of sparrows under the feeders at Evodia in the Ramble, and there was a sudden presence and one of the Fox Sparrows was missing, and only then did all the little birds take off. Kestrels are that fast. 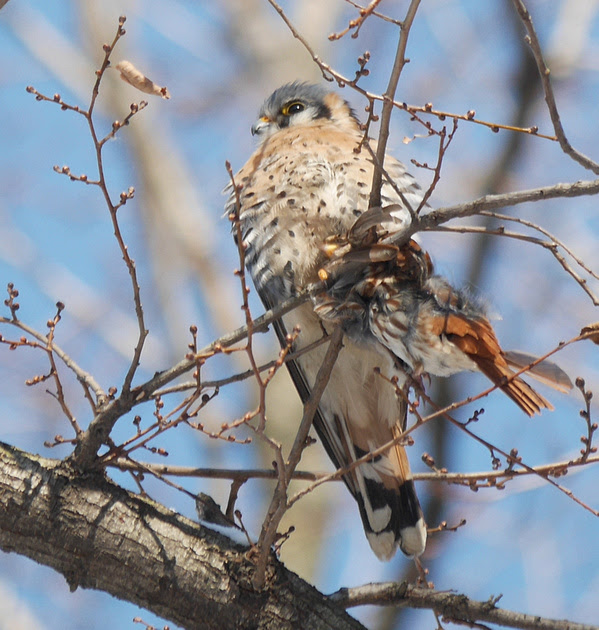 what the heck, let's have another look at that Kestrel
Posted by ed g. at 5:13 PM