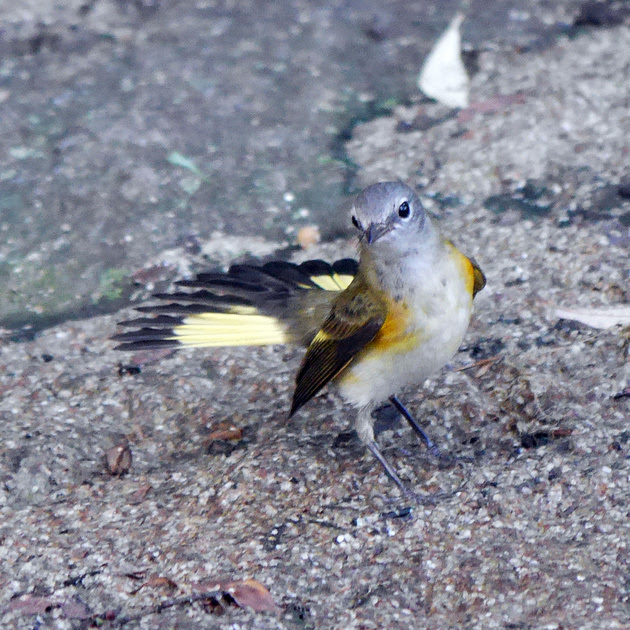 I'm sorry I've been silent lately. It's been a tiring summer, is all. Also, there hasn't been much going on at once, so it has taken a while for the interesting things to build up to the size of a post.

Still, there's been a steady trickle of Fall migrants, like the proud young Redstart above (a first-Fall male, from the orangy bits), and the very nice male Hooded Warbler below, from Tanner's Spring a couple of weeks back. 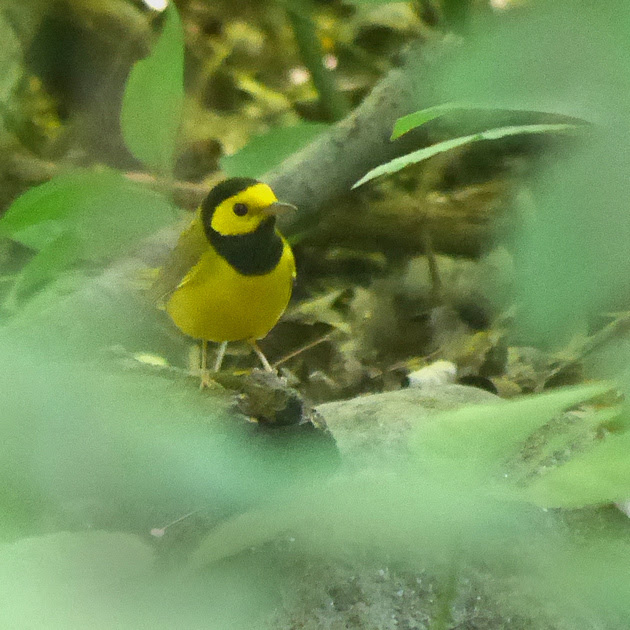 The resident birds have held some interest, too. I was quite surprised to see this scene in the Ramble the other day: 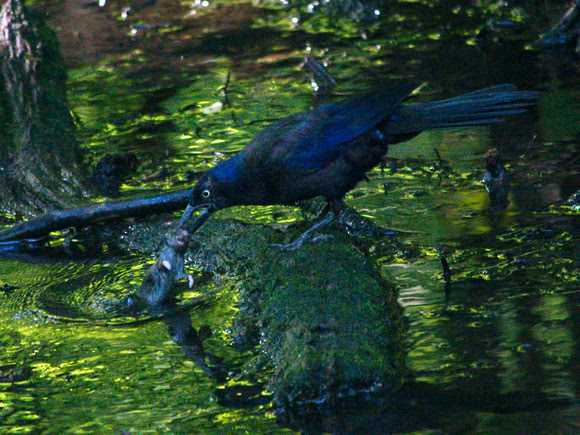 That is a Common Grackle killing a mouse. I have never seen a Grackle stalk and kill prey before.I didn't know they even did that. This one kept chasing the mouse into the waters of the Gill--and occasionally grabbing at it with his beak--until the mouse drowned. Then the Grackle ate part of it, with some difficulty. A Grackle's beak is pretty big, but I don't think it's really suited to tearing up meat.

Other birds dined in a less violent manner. I love watching birds eat berries, don't you? Also, woodpeckers are hard at work as always. 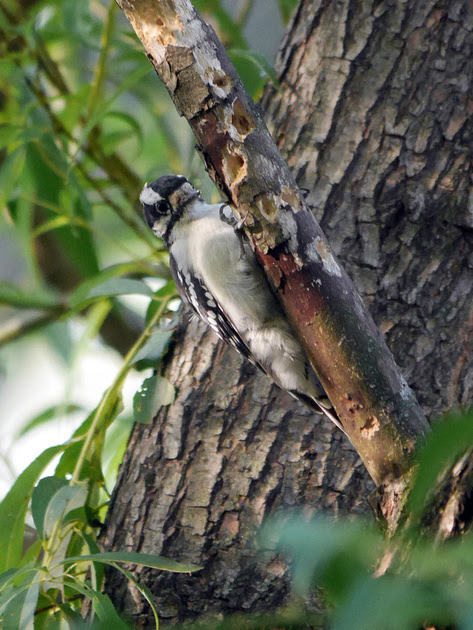 I'll wind up with a couple of more migrants. This shy Canada Warbler was in poor light, but I think it made a nice picture: 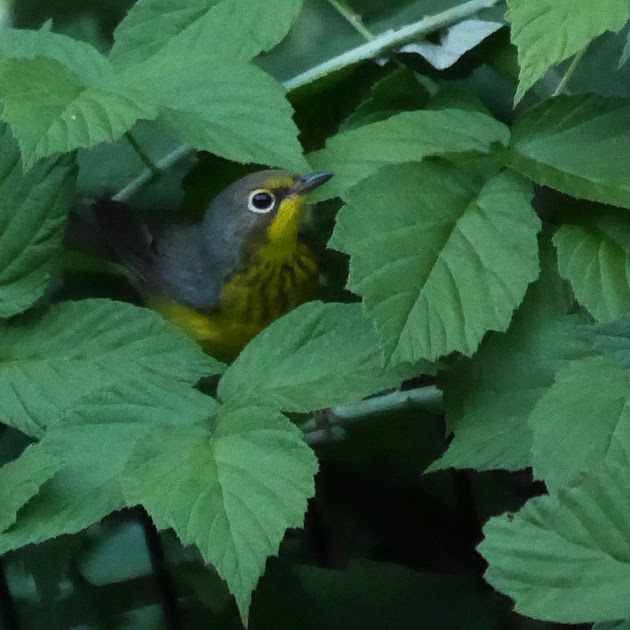 And a Great Crested Flycatcher was hanging around Maintenance for several days, giving uncharacteristically close views. 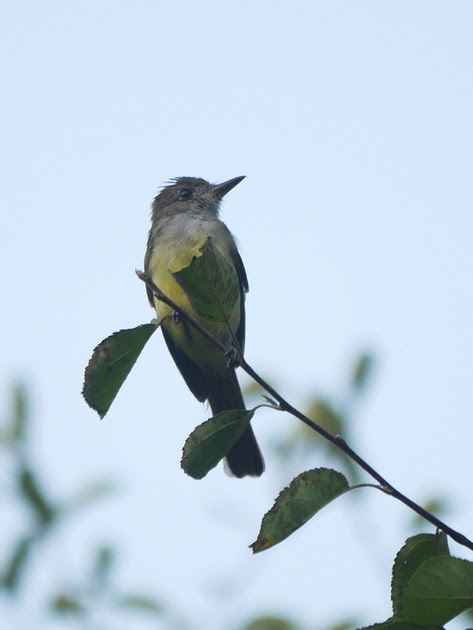