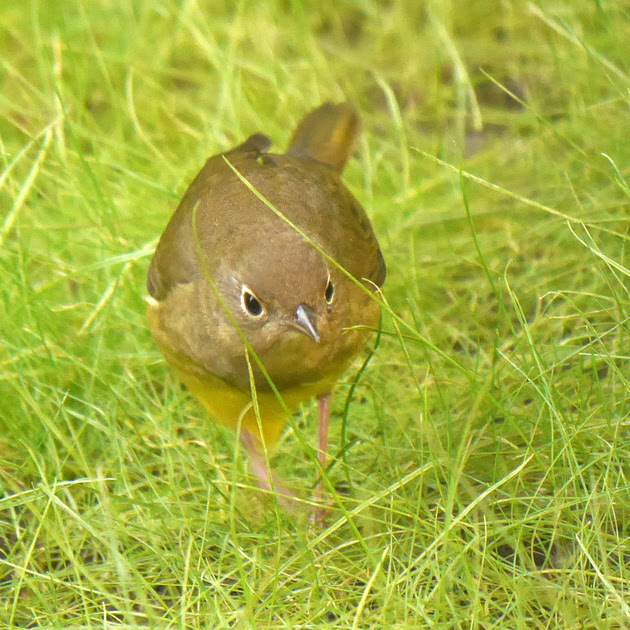 Connecticut Warbler, up close and personal

I've mentioned before that I've never seen a Connecticut Warbler in a dozen or so attempts. Once, I was standing next to four other birders, who all saw one skulking in the bushes only a few feet away. The Connecticut is kind of a "nemesis bird" for me.

Monday, I took the day off from work for an appointment. It ended sooner than I expected, and when I was finishing lunch afterwards, I saw a tweet that a Connecticut Warbler had been seen in Trinity Church Cemetery, which stands at the head of Wall Street.

The Lexington Avenue subway entrance is literally right in front of the church, so I was there inside of a half-hour. I spotted birders among the ancient tombstones in the northwest corner. And there was the bird, popping out of the shrubs and flower beds occasionally. It would walk under the shrubs (and walking is one of the field marks of the Connecticut), once in a while jumping up to snatch at an insect. When it reached the edge of one planting it would take off low and fast to the next.

I watched it circle the area several time in this way. It's big eye-ring was plain to see (when the bird was in sight), as was the dull brown hood. Eventually it retreated...somewhere.

I walked around a bit. There were several other warbler species there--Black-and-White, Redstart, Black-Throated Blue, Common Yellowthroat--plus a Veery and a couple of Catbirds. Quite birdy for such a small bit of greenery. 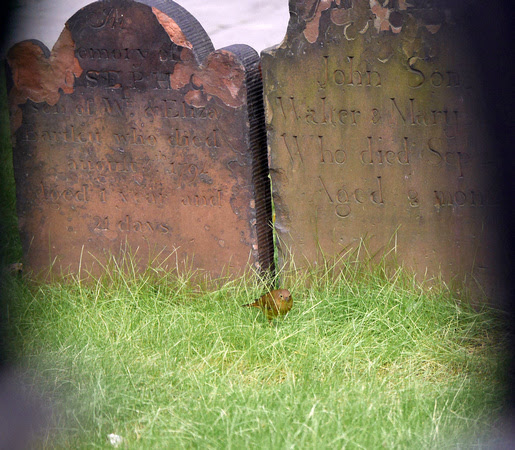 The northeast part of the churchyard is blocked off from visitors--I believe they're doing some renovation--and we spotted a bird walking on the grass there--a second Connecticut, or the same one? It was rather distant from any place one could stand and watch it, though.

On a hunch, I walked out of the churchyard onto Broadway, and looked through the wrought iron fence. As I hoped, the bird worked its way closer to Broadway, away from the bird paparazzi inside the cemetery. 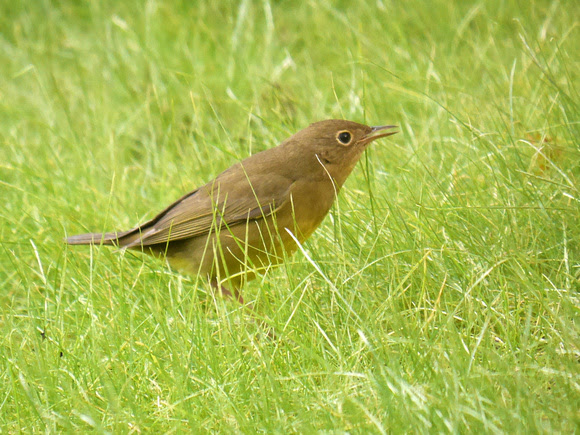 putting on a show

For about a half-hour, I was the only one watching the warbler from the street. I saw people moving back to the northwest corner inside. The bird became quite confiding, coming to within perhaps eight to ten feet from the fence at times. An excellent view! 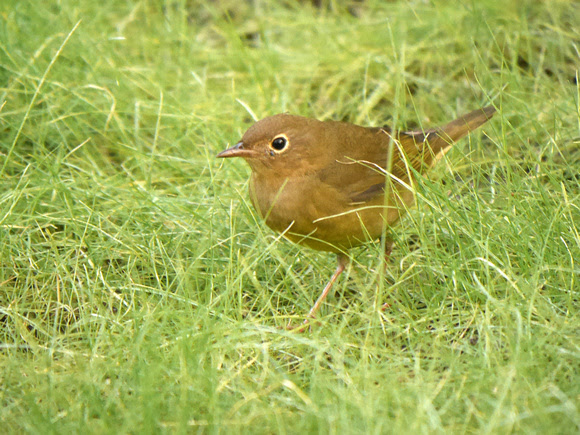 the blemish below the eye is probably a tick

Eventually other birders came out onto Broadway as well. They had been watching the other Connecticut--so clearly there were two--back in the northwest shrubs, and then it flew to somewhere in the closed-off area. We never had both birds in view at once, but the one I'd been watching continued to wander fairly close to Broadway, and everybody got fine views.

So now I have seen a Connecticut Warbler and I'm going to need a new nemesis bird. Of the northeastern warblers, only the quite rare Golden-Winged Warbler isn't on my Manhattan list, but that's really too rare to be a nemesis--I've never even had a chance to chase one.


The Connecticuts continued at Trinity church on Tuesday, and I'd say the odds are fair they'll be there Wednesday, so if you're in town it's worth a look in.
Posted by ed g. at 12:26 AM